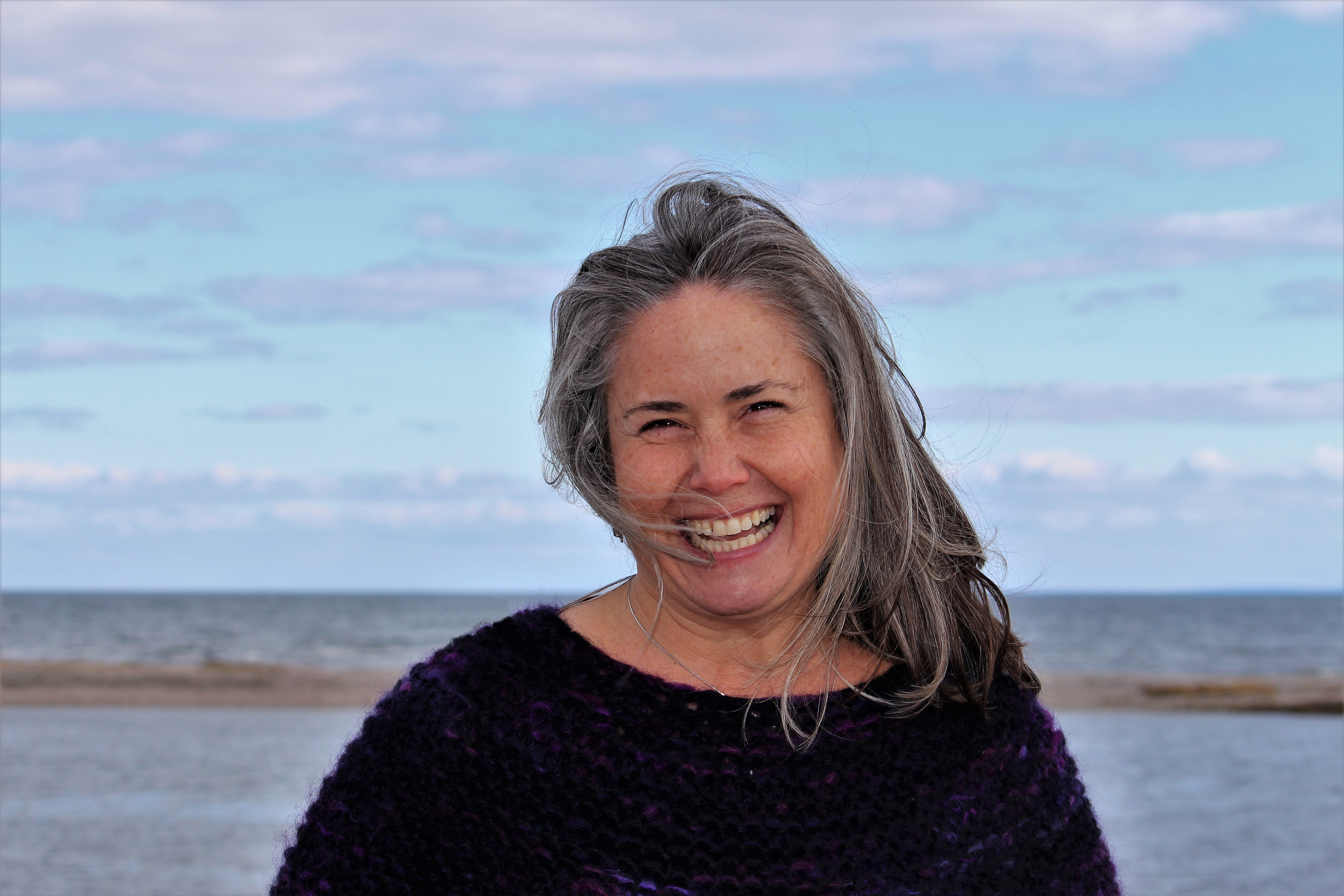 When the path is clear, the way is easy. Once Ellen found Visionary Craniosacral Work®, she knew she had found her way. She came to VCSW® from an unlikely place: the Corporate IT World. All through her successful 20-year corporate career, much of it as a software trainer and courseware developer, Ellen was always a seeker, looking for more meaning, knowing there was more she could do to connect with people more deeply.

On a whim she attended a 4-day craniosacral training with one of Hugh’s students. She knew on day 2 of that class that she had found a passion. That began a journey into the world of VCSW®. Five months after that first class, she began her training with Hugh in January 2011. She completed her coursework in December 2012 and graduated in 2014. In the midst of her VSCW® training, she attended massage school in Boston, becoming an LMT. She began assisting Hugh in 2011, as soon as she could. She has assisted all 7 levels at least once, and many levels more than that. Being from and living on the east coast, she has twice spent a month studying with and assisting Hugh.

Another large influence on Ellen is the renowned yoga teacher and author, Judith Hanson Lasater. With her, Ellen has explored the therapeutic affects of yoga, specifically restorative yoga and the power of Marshall Rosenberg’s Non-Violent Communications (NVC).

Since 2013, Ellen has had an active VCSW® practice in New Haven CT, where she creates space for her clients to release what no longer serves them and emerge more fully embodying their spirit. She is excited to add teaching VSCW® to her life, combining her love of teaching with her love of VCSW®.

Ellen is nationally certified by the National Certification Board for Therapeutic Massage & Bodywork (NCTMB) and a member of the American Association of Massage Therapists (AMTA). She is also a 200-hour experienced registered yoga teacher (E-RYT) by Yoga Alliance and hold additional certifications in Restorative Yoga, Prenatal Yoga and Yin Yoga. In addition, Ellen is an Ayurvedic Nutritional counselor, certified by the American Association of Drugless Practitioners (AADP) and a level II Reiki practitioner. She also has her BA from the University of Massachusetts-Amherst.