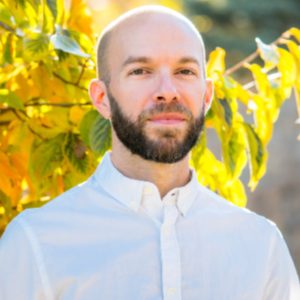 David A. Kaminker has been practicing craniosacral work since 2003 and has been studying with Hugh Milne since 2006. As a graduate of the Milne Institute, he is certified in Visionary Craniosacral Work®. Integral to his ongoing teacher training, David has served as an assistant teacher for every class that Hugh Milne has taught in the United States since 2015. He has been the primary teacher for Milne Institute Advanced Content Classes and Review Classes in Ashland, Oregon since 2017. He now teaches Pediatric Craniosacral Therapy and classes in Visionary Craniosacral Work® as part of the core curriculum for the Milne Institute.

David endeavors to deliver the spirit and material of Hugh’s teaching as accurately as possible, while maintaining his own special flavor, harmonizing clinical experience, vulnerability, humor, and kindness. David's heart's desire is to impart within every student the inspiration to deepen their presence, touch, perception, and voice, in their work and in their lives.

David is a Licensed Acupuncturist (LAc) and holds a Master of Science in Oriental Medicine (MSOM). He is also a Doctor of Oriental Medicine (DOM) in the State of New Mexico. He has a full-time clinical practice, in which he integrates Visionary Craniosacral Work®, Japanese Acupuncture of the Ki Shin Po tradition, and Chinese Herbal Medicine.

David found his passion in the healing arts at the age of eighteen, when he began studying yoga, massage, and herbal medicine. At the Heartwood Institute in Garberville, California, he became certified as a Holistic Health Practitioner (HHP), completing a twelve-month, full-time program in Swedish, deep-tissue, and  connective-tissue massage, as well as craniosacral therapy, Zen shiatsu, and nutrition. David received a Bachelor of Arts (BA) degree from Hampshire College in Amherst, Massachusetts, where he focused on music, literature, and Eastern philosophy.

David has an insatiable passion to understand the human body/mind/spirit. He continually strives to deepen his knowledge and enhance his skills, to become an even more effective practitioner and teacher. He is a musician and a devoted practitioner of meditation.

David A. Kaminker has been practicing